In September 2021, StrangeBee announced a change to TheHive’s licensing model and ended support for TheHive version 3 effective December 31, 2021 (see https://medium.com/strangebee-announcements/faq-for-thehive-5s-upcoming-distribution-model-af0ccb95d18). The new licensing model for TheHive version 5 is not compatible with our project so we must say goodbye to TheHive. Starting in Security Onion 2.3.100, we are transitioning from TheHive to Cases. Existing installations with TheHive enabled will still be able to use TheHive and access their existing TheHive data for a very short time. However, new installations will not be able to enable TheHive. We will stop including TheHive container images starting in Security Onion 2.3.120, currently scheduled for release in April 2022. From that point forward, users running the current version of Security Onion will no longer be able to run TheHive on the platform and our support for TheHive on Security Onion will end. Users wishing to continue using TheHive on Security Onion should plan to migrate to an external instance of TheHive. For now, users will still be able to escalate events from Security Onion Console to external instances of TheHive version 3. 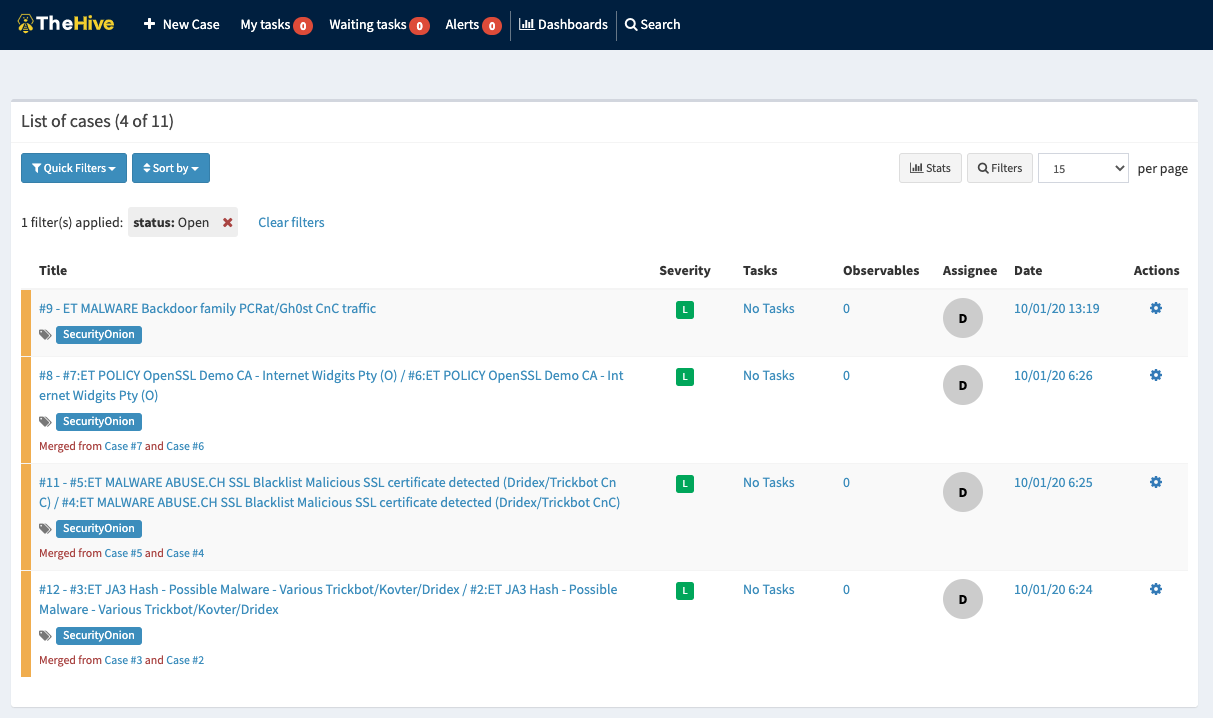 TheHive reads its configuration from /opt/so/conf/thehive/. However, please keep in mind that if you make any changes to this directory they may be overwritten since the configuration is managed with Salt.